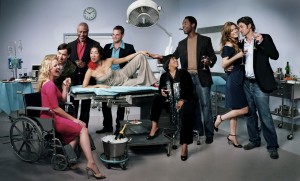 My best friend Bunny loves Medical Dramas! Every time I go to her house, we are always fighting over the TV. She always wants to watch Scrubs while I am watching MTV or something. I hate Scrubs! (currently at the risk of coming out as a completely not humorous person but yeah I said it, I don’t like much of  hospital dramas and especially comedies) I am more of a sci-fi chic so when I blog about Grey’s Anatomy that means that it’s actually very nice. The numerous awards can also testify.

Thanks to the pact Bunny and I made, that she would start to watch Lost and I would do the same for Grey’s anatomy, I am now completely a hospital drama-chic! Currently done watching season 7 of Grey’s and wow can’t wait for season 8!

Grey’s anatomy is a medical drama that in the beginning revolves around the lives of surgical interns Meredith Grey, Izzy Stephens, Cristina Yang, Alex Karev and George O’Malley. The series is about the interns struggles to attain residency and at the same time maintain a balance in their personal lives. The residents and various physicians serve as their mentors at the Seattle Grace hospital which later merges with Mercy West hospital. The 5 later proceed to their residency through Dr. Miranda Bailey, a superb general surgeon’s mentor-ship. The surgical program is run by the Chief of Surgery Dr. Chief Webber.

Other main characters include the best attending physicians in Seattle and beyond, Dr. Derek Shepherd for neurosurgery, Dr. Preston Burke, Erica Hahn and Dr. Teddy for cardiothoracic surgery, Dr. Mark Sloan for plastic surgery, Dr. Torres for Orthopedic surgery and Dr. Hunt for Trauma surgery among others. 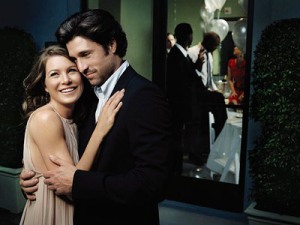 The Meredith Derrick combi has been the driving force of the series height of love stories, well until they finally get married! Their relationship has experienced loads of ups and downs from the days when Meredith was a disturbed intern whose mother dies from Alzheimer’s, through Derek’s series of flings with nurses. Her mother’s death breaks her heart and she turns to Derek, Mc Dreamy, the sexy and egotistical surgeon whom in the beginning she had a one night stand with, just a day before her first working day at Seattle Grace. Derrick deceives her as she finds out that he had been married to one Addison. Addison had fallen out with Derrick following her affair with his former best friend Dr. Sloan.

Derrick finally processes his divorce papers and proves his seriousness in his commitment to fix Meredith, he marries her and is building a house for them. Their love is tested when Mer suffers a miscarriage during the hospital shoot out when Der is shot in the heart by a crazy man trying to seek retribution after his wife died at the hospital. Cristina Yang however saves Derricks life as she performs an urgent  cardiothoracic surgery on him even despite the assailant holding a gun to her head. That was very scary. I think the two were tailor-made for each other, a very nice love story. Seas 6 finale was the one! 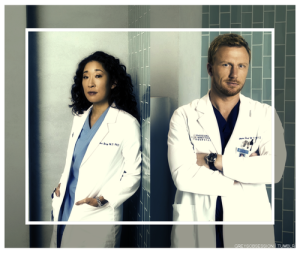 First of all, I hate Hunt because he is the one who convinced Dr. O’Malley to leave Seattle Grace, and thus his sudden death! I preferred Cristina with Burke mainly because Burke’s ideals seemed to be the same with Cristina’s. They were great partners at work, and in bed. Hunt comes in and its havoc. Starting with his disturbed self, throwing violent fits at night, how ironic for a trauma surgeon? He finally marries Cristina but lets her get into depression following the hospital shootout. She can’t operate anymore as that whole vibe haunts her, I think this story becomes very weak and the writers need to revamp her character, that surely isn’t Cristina! I think Hunt was better placed with Dr. Teddy (Kim Raver)who is an actress that I’ve always loved since her role in 24 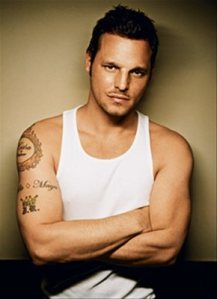 Sexiest doctor alive! In contrast, also the rudest in Seattle. He is the kind of guy who has sex with you and doesn’t call or text the next morning and will certainly have no apologies to make. He is the guy who snaps at you and walks away never to look back. However, he is also the guy who is very passionate about little kids, he later seems to specialize more in pediatric surgery. He is also the guy who was brought up in a foster home, whose siblings are either druggies or committed suicide, like his mum. Marrying Izzie was a big step for such a player and a person from such a background but I guess it teaches us a lesson that no matter where you come from, you can overcome your fears and be very successful. Despite his bad attitude, I loved Karev. Do you remember the episode when he stayed up all night shirtless carrying a little baby on his chest? His body temperature helped stabilize the baby’s. Just one thing, a shirtless Karev is better than TIRAMISU 🙂 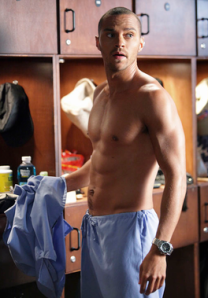 Move over sexy Sloan/ Mc Steamy and Mc Dreamy! Introducing the new sexiest doctor from Mercy West, Dr. Avery! He is Mc-everything! His eyes must be his most priced possession! Funny thing, there hasn’t been too much of his character advancement. He is just the pretty boy. Well apart from the fact that he survived the shoot out while some of his colleagues from West were shot dead and that at first he had a huge crush on Cristina (I hoped that would have developed, QUES: Why does Cristina always get all the good guys? msschew) Mr pretty boy also had a crush on Teddy, we’ll see how that goes! Most memorable pretty boy moment is when Dr. Teddy walked in on him shirtless, goddamnnit! And he never really had sex with anyone, mmmhhh. He is really the good guy, can’t wait till he turns bad.

I love Dr. Bailey, she gives so much into the hospital and her patients that her marriage even disintegrated. I wished she stayed with that hunkie doctor from Mercy West, whatever his name was! I hate Dr. Lexi Gray, she talks too damn much and she is just annoying and incapable of seeing any good thing that comes her way!  I love the reformed Dr. Sloan and that Karev is trying to date her.

Grey’s Anatomy is great, the choice of male actors is excellent! Also love the scripting, that the doctors experiences and problems always seem to echo their patients. This goes deeper into the viewer, when you watch it, you connect with it, it’s always personal. I now wait till the real Cristina resurrects, Dr. Avery’s character is built and to see what comes out of Karev’s life. Derrick has become boring, also awaiting on his revamp! 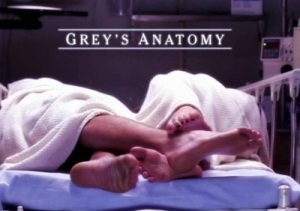 Bonus: Sales of The Fray‘s “How to Save a Life” grew by nearly 300% after the track was used in Grey’s Anatomy! Isn’t that something right there?