My life and work revolves around music so I thought it would be nice to list the 10 albums that brought thunder and lightning to my world this year. The arrangement comes in no particular order.

Baddest album cover art! I bow down to Annabel Onyango for the styling and production. I would buy this album twenty times over just for the cover even if I wasn’t Sauti Sol’s Publicist or never knew them. Three years in the making – Sauti Sol’s third album is undoubtedly their magnum opus. Live and Die in Afrika isn’t only an important title but an expression of how and where Sauti Sol intends to leave a mark. This is also their first self-produced album. Big up to producers: Savara and Fancyfingers! If other producers delivered hits like Nerea and Sura Yako they’d be such superstars now. From Isabella, Nishike, Say Yeah, Nerea, Relax to Shake Yo Bam Bam; Sauti Sol have delivered a stellar collection of songs on love, sex, spirituality, hope, dreams, dance and just about any life situation. Consider it an eclectic 15-track album with 9 new songs. Dollar Dollar is my jam. 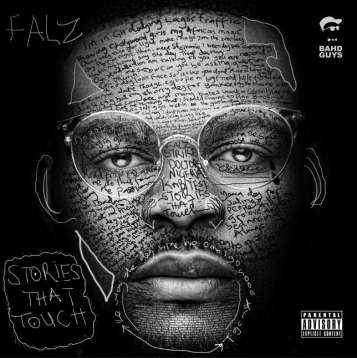 What’s not to love about Falz? The Bahd guy sounds as good singing or rapping. A personality so big, see it sip out of Celebrity Girlfriend music video. Hilarious! Touted as one of Nigeria’s best albums in 2015, Falz’s sophomore album is the best music discovery I’ve unearthed this year. Unlike the monotony I’ve encountered with many albums from Nigerian artistes, this is different, versatile, fresh, enriching and an easy listen. I didn’t need to forward any of its 16 tracks. Cutting across genres, this is more than a hip hop album with a 50/50 divide of songs in English and Pidgin. All collaborators fit in like a perfect jigsaw. Falz has penned stories that really touch and we can relate to. For the lovers who experience the difficulty of long distance relationships, Time Difference is your jam. “…How I wish that I could teleport over there … I can’t take it if she flees … but I can’t wait till she says she can’t stay with a G …” In Workaholic, Falz asserts that we won’t carry money to heaven and the body isn’t a machine, “Even mainstream ballers get time out…” He raps. Other favourites include Soft Work, Soldier, Soupé, Karishika (inspired by an olden Naija film on a witch who would enslave men using witchcraft) and Chardonnay Music. It’s a shame that little is known about Falz in East Africa – guess that’s why he’s Nigeria’s most promising export come 2016. 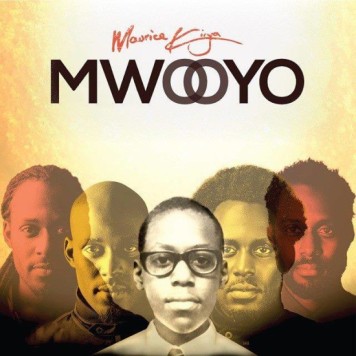 Another album cover to write home about! It should be a crime for a man to be as tall, dark and handsome; and still be a crooner. The sexpot symbol could as well have been Maurice Kirya’s biggest misfortune. Hardly any East African doesn’t know his name but few take time to listen to his music because many think he’s just a hottie. His third album: Mwooyo (Luganda for soul) has cemented Kirya as East African king of soul. In fact, many Ugandans refer to him as King of Mwooyo. Birthing the hot single Never Been Loved, other album classics include Ghost, Mama We Made it and Busaabala (the music video is a must-watch). A masterful composer and songwriter, Kirya has also produced many songs in this album. Everything we Do is easily one of the most beautiful songs I’ve ever heard. Cop the 12-track album – for Kirya’s charm and charisma cannot be disregarded. I am proud to have worked as his Publicist on several projects this year.

Sage is underrated and too talented to be ignored. Not by me. Soon as I heard her debut album (recently released) at least a year ago, I knew she had done for Kenyan R&B what every celebrated Kenyan R&B singer failed to do. We waited in vain for Didge, Sanaipei and Pam to release their solo albums. Her teaming up with Producer Dillie was a match made in heaven. Maskini is the kind of song I can only liken to kings and queens of neo soul like Musiq Soulchild and Leela James. Its production, vocal arrangement (harmonies/adlibs) and lyrics only put Sage way above all Kenyan power vocalists. It’s not just your voice but how well you can arrange it. Look out for my other favourite songs: Heaven and Mistakes. A good thing about Sage, she sings from her heart and sometimes you can tell that her themes are personal. 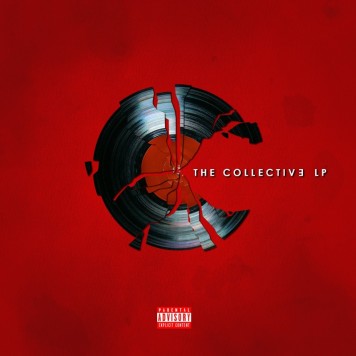 If you’re looking for the freshest sound from Africa, Nigeria’s Collectiv3 have landed! With a premise of creating art with no boundaries, IKON, Funbi, Kid Konnect, Tec, Ghost and Temidollface have delivered a masterpiece. They are the perfect show for the other sounds from Nigeria. These are Africa’s most promising artistes coming together to produce 9 new songs that will shape how audiences perceive African music in Africa, and beyond. I really love Temidollface in Just Like That and School Your Face, Funbi – Forbidden Fruit, SDC – Shei Bai and Poe & Funbi in Sexy Bitch and Adore her. Happy Day by Nsikak reminds me of The Foreign Exchange’s Love in Flying Colors. Good job Executive Producer Chin Okeke!

Kenya’s most prolific artiste, King Kaka’s fourth album displays his growth as an artiste. Boasting 18 tracks, collaborations with heavyweights include Chiwawa and Abbas in 2060 and Joh Makini in Najipenda. Look out for the sweet bongo jam Lini featuring Rich Mavoko. Kichinjio (Swahili for slaughterhouse) is my stand out track. Decorated by punchlines and mad rhymes, here is a diss track for every season, perfect to all the haters still struggling to understand his transition from Rabbit to King Kaka. It’s also an excellent show for his status as a Swahili Shakespeare. “Una ngoma moja Mdundo? Upgrade your CV mi nina ngoma na Wyclef produced by Avicii …” POW! So proud of you hommie. 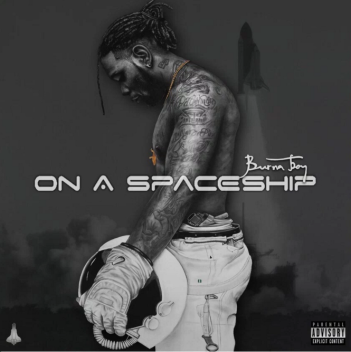 Wanted to say, what’s not to love about Burna Boy but we all know his controversies, as well as the fact that he’s too damn talented to be ignored. I added this album on my list because it’s legit despite talks going around claiming it’s not. I also added it because of the intro. I respect Burna Boy so much for having someone criticise him as an artiste and a human being – not sure if it was a skit or not. However, I am sure that artistes behave differently from normal human beings yet people expect them to be saints. I long for the day when the craziness emitted by artistes will be judged vis-à-vis their talent. Trust Burna to bring in his boys A.K.A and Da L.E.S in Birthday and Nyanda from Brick & Lace in Mine Tonight. All the 15 tracks are 5-star material. My standout track is Single feat. Wiz Kid.

After sixteen years of waiting, Dre’s third album Compton is a triumphant return, dropping side by side N.W.A’s biopic Straight Outta Compton. Talking to my Diary is my standout track. Here, Dre narrates his life story. From nothing to something, he recalls the struggle of attaining success having come from the ghetto, wisely stating that ultimate strength comprises finance and physical/mental health. The second verse is a letter to Eazy-E. Kendrick Lamar absolutely murders it in Deep Water and Genocide. Eminem, Snoop Dogg, The Game and Ice Cube all brought it. I hated what Dre did with Marsha Ambrosius, but accepted it all the same. My favourites include For The Love of Money, Animals, Its All on Me and Medicine Man. Dre did a great job featuring new and old school cats on the album. From Anderson Paak, Justus, King Mez and Jon Connor, big shout to the new generation of rappers and songwriters storming hard in Compton. As Dre logs off with his last album, he will be remembered for this ode to Compton, and producing hip hop’s biggest collaboration album in recent history. There are more than forty four people credited in Compton. And counting!

“I ain’t loose my content … Still know what my core needs, fuck who ignores me …” The Album About Nothing is Wale’s stab at his critics, and pundits claiming that over the years he’s lost himself in the commercialising of his music. Breaking out seven years ago with the Seinfeld-inspired The Mixtape About Nothing, it would take Wale three albums later to return to his roots and originality with his fourth studio album: The Album About Nothing—what’s considered as his most personal expression yet. I love the bile with which Wale delivers in Helium Balloon and Middle Finger. All 14 tracks are my favourites but I must shout The God Smile, The Bloom and The Matrimony. How he juxtapositions social class to dope shoes in White Shoes is show for how deep Wale goes. He will never be your typical rapper and even when he pretends to be; real Wale fans know that he never sold his soul to the devil.

Fresh release from Mavin’s first lady Tiwa Savage, the 16-track R.E.D is the last important African album dropping in 2015. Love me Hard featuring 2 Face Idibia is my standout track in the album. Other favourites include Bang Bang and the cha-cha-esque If I start to Talk feat. Dr. Sid – such a beautiful song! The danceable African Waist was a quick favourite – a fuse of dance music, hip hop, afro beats and the very R&B we love from Tiwa. She’s done a good job featuring other big music names like Busy Signal and Olamide. I hope all top female singers have gone back to the drawing board because Baby Billz is grown and now the Queen is back!