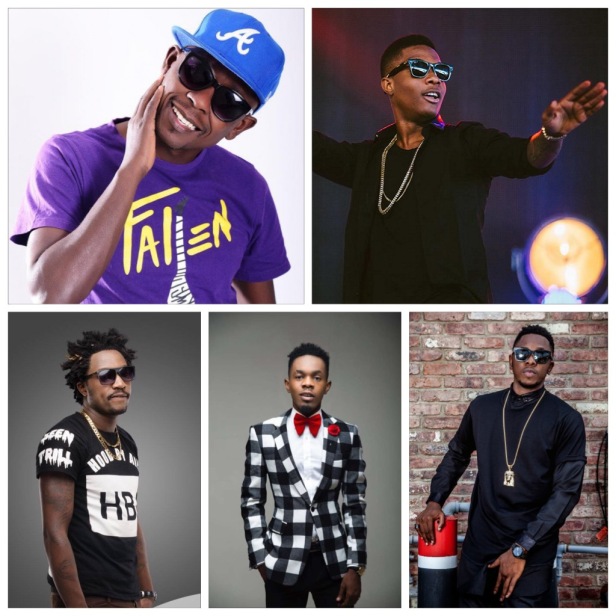 As 2016 comes to an end, I am happy to reflect on some of the songs that collectively made my soundtrack this year. There are countless songs including Let Me – Usher, Koffi Anan – Yemi Alade, Feeling it – Mayonde x Blinky x MDQ, Coolest Kid in Africa – Davido and Maga 2 Mugu – Davido & Simi – that unfortunately couldn’t fit in this post but deserve a special mention all the same. In no particular order – now let’s get into the 10 songs that made a mark and why:

Nyashinski and Collo are two of the three members of Klelptomaniax, now defunct Kenyan music group, who shot to fame in 2000s, leaving behind classics like Tuendelee, among Kenya’s most important rap songs of all time. In 2016, Nyashinski relocated back to Kenya from USA where he stayed during the group’s hiatus, only to concentrate on his solo career.

Collo on the other hand also makes a strong comeback in Bazokizo, sparking a dance movement while addressing fans on his renewed spirituality and outlook. Both Nyash and Collo’s lyrical delivery and rap skill in the songs is hands down their solo magnum opus so far. Shout out to Kenyan producer Cedo for engineering Mungu Pekee, with the assistance of Fancyfingers.

In 2015, Ycee had one of the biggest songs in Nigeria – Jagaban, which I wrote about in Top Songs of 2015: Anyiko’s Select 10. Pundits obviously doubted that he’d make a come back this year but Ycee did it big with the release of Omo Alhaji –a slower tempo to Jagaban but a certified hit all the same. It’s Ycee’s style that I can’t get over. It doesn’t get cooler than an Agbada-dressed Ycee dabbing in his lazy slur-ish delivery in Omo Alhaji audio and video. At the close of 2015, I promised myself that I would have to meet and work with Ycee on his PR. Happy to have achieved that in 2016. Ycee’s debut EP: THE FIRST WAVE was supposed to be released in 2016.

Easily the sweetest and deepest lyrics I’ve heard all year. That paired with Ben Pol’s butter voice is best described in Swahili as – Sauti ya kutoa nyoka pangoni. Written and produced by Tanzanian maestro, Lollipop, the poetic value of this song alone is priceless. The song champions the heart’s magnificent motor-like love machine, that won’t stop running or feeling, even if unrequited or literally misunderstood 🙂 This is why Ben Pol is Tanzania’s king of R&B.

DJ Maphorisa has over the years worked hard to establish himself as a goliath in African music production but 2016 was a year of establishing himself as a solo artiste in his own right. Together with long-term collaborator DJ Buckz and ally Wizkid, we can deduce that the trio delivered Africa’s top song of 2016 with Soweto Baby – a song that united South and West Africa, cutting across East and other parts with that feel-good Maphorisa beat marinated in some of that Wizkid’s star boy magic.

Hell Naw is a single off the debut album of future king of South African Rap – Nasty C. The song was a big hit in South Africa this year, making me give Nasty C the full attention he deserves. From lyrics to beats, Hell Naw is definitely the best trap song produced in Africa by an African so far. Seeing him perform it live at the 2016 MAMAs was also so dope! But why is the video of Hell Naw not even at 200,000 views on YouTube at the point of drafting this post? South Africans – you need to start cultivating a culture of watching videos on YouTube even if your internet isn’t the fastest in the world. 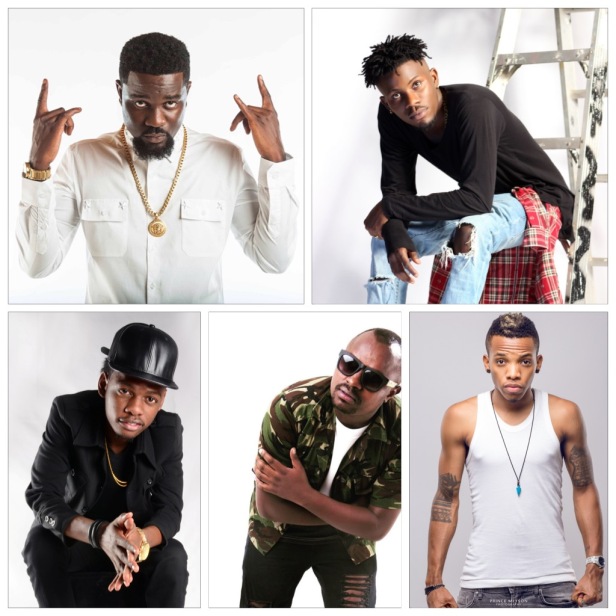 The two biggest Kenyan club bangers of 2016 – you couldn’t throw a Kenyan party and miss to play Wabe and Gudi Gudi! Gabu and Frasha shut down rumours that we’d never see a P-Unit reunion with Wabe – a ragga/kapuka banger produced by the legendary Musyoka.

Gudi Gudi on the other hand is Pacho Entertainment’s best production yet, bringing together Rap Damu, now going by Naiboi, with Everlast and Kristoff. Usually in songs with lots of collaborators, someone somewhere drops the ball but in Gudi Gudi EVERYONE delivers. I wish I did PR for this song we could have had a chance of taking over Africa with this one. In both songs, the vibe lyrical flow and delivery is at 100% Very impressive!

Many thought that Tekno had made his biggest hits with the 2015 songs: Duro and Wash but 2016 came with an unlikely hit song Pana. From its unusual tempo to an artistic video, there is no pointing at why we all really love the song. As we ponder into 2017, it’s clear that Pana has joined Wizkid’s 2014 Ojuelegba in the list of pioneers of mid-tempo hit songs. What a great year Tekno had – congrats!

It was an unlikely collaboration between Ghanaian rap king Sarkodie, also the biggest non-Nigerian artiste inside Nigeria, and Dancehall king Patoranking, as hit maker Pato hadn’t particularly had a massive song with a rap element. Thankfully he didn’t have to change his afro beats and high life element to fit No Kissing Baby as King Sark went on to show the world why he isn’t just one of the most respected African rappers but also the most tactful in adapting to new artistes and genres.

To get into the feel good vibes of Ngud’ you certainly don’t have to understand Xhosa or South African Kwaito and Kasi Rap genres. This was a well thought out collaboration. Sampling the vocal range of both rappers on a track is as sharp as a slice of hot iron in Alaska ice. Ngud’ authentically represents the hidden treasure that is South African hip hop.

I can only describe Mad Over You as a close relative of Pana and another show for how dope and original Runtown is. Just like Pana, there is no pointing at why I really love the song but I hope that like Pana emancipated Tekno from his almost-breaking-through status to a certified African superstar in 2016 – in 2017 Mad over You will finally help rid Runtown from the list of Africa’s most underrated artistes.