2016 will go down in history as the year of dope EPs, from Davido’s Son of Mercy to Burna Boy’s Redemption. However it was the silent producers behind some of our beloved hit songs from our favourite artistes who ruled the roost. This blog post is an ode to 3 dope producers: Blinky, DJ Maphorisa and Maleekberry. It’s your turn to shine! 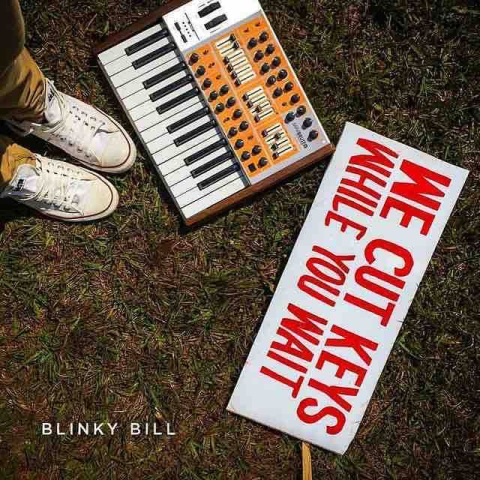 For those who don’t reckon renowned Kenyan multi-talented artiste Blinky Bill – start to get your facts. He’s a founding member of Kenya’s most successful house/funk/disco band Just-A-Band (JAB). Alongside former JAB member Jim Chuchu, he produced almost, if not all, of JAB’s discography, and the albums: Sorry for the Delay, 82 and Scratch to Reveal. Last year, JAB announced a break – a move that broke the hearts of many JAB fans (including me). Fear as to what will happen to their legacy is now a thing of the past as the group has since cemented it all in writing through the launch of their own book cleverly titled Just A Book. Blinky’s EP We Cut Keys While You Wait dropped in August. With features, Blinky likes to call key cutters, including former Camp Mulla rapper ShappaMan, soulful daughter of legendary singer Sal Davis – Maia Von Lekow, the most underrated Kenyan power vocalist Sage and JAB member Nairobidhobi – this is solid backing into his solo entrant into the game. It’s electronic, sometimes reminiscent of JAB but mostly fun, melodious and good vibes. Love them all but have to pick Wacha Maneno with ShappaMan as my stand out track.

I wrote about Why Just A Band can’t wrap things up yet.

Maleekberry is the genius feel-good Nigerian producer responsible for producing classic tracks from some top Nigerian artistes. Among hit songs he produced include Runtown’s Lagos to Kampala and Walahi, Wizkid’s The Matter and Wande Coal’s Weekend. What most of us never knew about Maleekberry was that he is a dope artiste by his own right. In the words of Gidi Culture Festival, he’s a “a triple threat producer, singer and songwriter,” adding, “Drawing influences from his Nigerian heritage and his British staple, he has created his own sound that no doubt will add some sauce to the fast moving African music movement globally.” I always prayed that he would one day drop a solo record and so when Last Daze of Summer dropped in September, it didn’t come to me as a surprise. Apart from Eko Miami featuring Geko (please who is this?), Maleekberry doesn’t flaunt his famous friends in music in this EP by inviting them to collaborate – a show that he’s stand-alone in any situation. This afro-pop EP has a touch of Burna Boy’s inimitable style and a touch of London’s underground indie soul music movement. It’s so hard for me to choose my standout track. I’ll pick Kontrol only because of it’s video’s eclectic and radiant creative direction. As we put a face to the name and beats, you can see Maleekberry taking control of his new image, and showing off his cool dance moves.

DJ Maphorisa of South African music group – Uhuru has in the last couple of years proved himself to be a strong independent artiste and one of Africa’s most influential music producers. He has produced gems like Yuri da Cunha’s Atchu Tchutcha featuring himself, Mafikizolo’s Khona, Happiness and Colours of Africa. When the world thought that Maphorisa’s pan-African hit release Soweto Baby, and co-producing Drake and Wizkid’s global hit One Dance were highlights enough for this year, he went on to be a major producer on Coke Studio Africa’s fourth season before dropping his solo project – The Blaqboy EP. Featuring Africa’s new kids on the block like Tanzanian pop diva Vanessa Mdee, South Africa’s rappers Mtee and Maggz, and Nigeria’s dancehall king Patoranking and rapper YCEE – the curation of collaborators on this EP alone is a solid 100% The best thing about the EP is it doesn’t sound like what you would expect—that very heavy Kwaito beat we know Maphorisa for. This is his big return to his founding genres of hip-hop & rap, and him probably telling he world that he’s more than just some type of African sound, but a collector and emitter of talent.

One thought on “When 3 Producers Drop 3 Dope EPs”