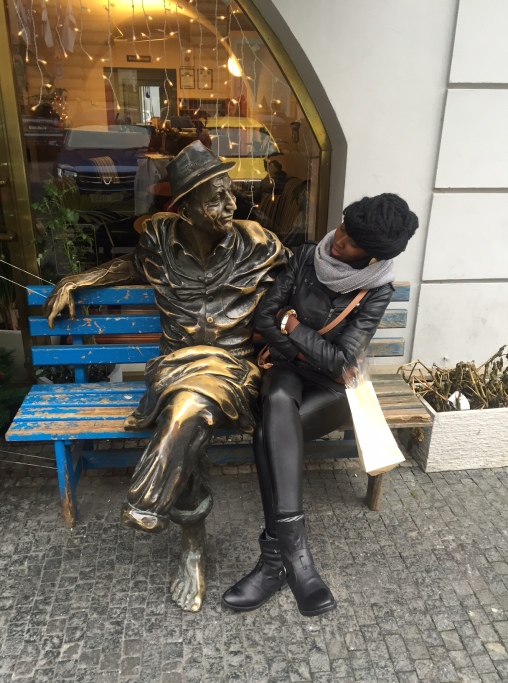 I’ve had a lot about Czech Republic, from Sauti Sol who played at Czech’s Colours of Ostrava Festival a couple of years ago right before Janelle Monae. Yeah – it was awesome! After their visit to Czech Republic, they concluded that Prague is one of the most beautiful cities in Europe and I, especially, would have to visit it because “I would really love it and its streets and many other things …”

Since then I’ve had Prague in my mind and wondered severally what would take me there. Fast forward to a few years later and I am in Czech for my first visit, thanks to my amazing boyfriend Tomas 🙂 who happens to be from Czech. So I am here to see his country as we spend time with family and friends over Christmas holidays, and I am loving it!

Even though I’ve been here only a week and during winter, I must say that my time in Czech has by far been the best I’ve ever had in Europe, mainly because of the purpose. All the other times I travelled to Europe was mostly for work and in between I would find time to visit friends and do things I like but I wouldn’t always have company or feel at home like I feel at the moment.

Now to the pragmatism of this being my best European trip – while here we’ve met several friends and spent time with family, for the first time making me feel like I didn’t have to be the tourist that I really am deep down. I’ve been ok to not have a plan of things I must do or see. We all know that it’s great to spend time with people and loved ones but it really is great when we find time to, and that I keep learning everyday.

While in Prague over the past week, we stayed at an apartment right next to Prague’s famous Žižkov TV Television Tower, build between 1985 and 1992, famed as one of Czech’s best high-tech architecture. We later found out that the tower has a restaurant so dining there was a to-do in our list. The Charles Bridge, Dancing House, Prague Castle, Prague’s Old Town and Old Town Square were so amazing, and among things you must do while in Prague. 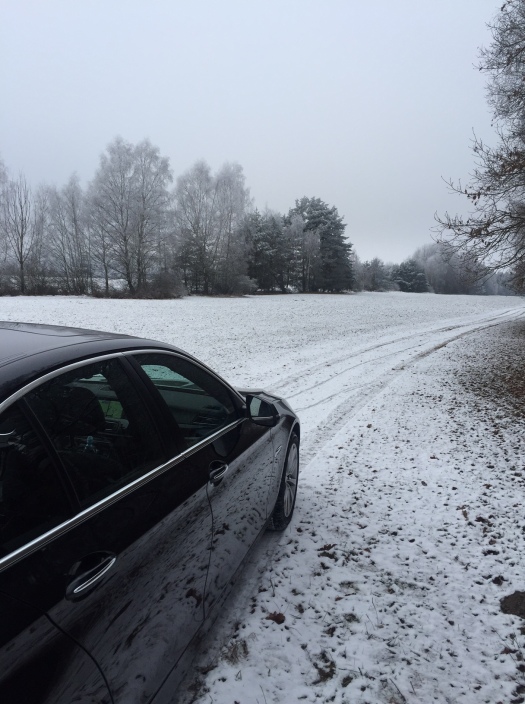 Together with Tomas, we are currently traveling around Czech with his old childhood friend and his girlfriend. We embarked on a three-hour road trip from Prague to south of Czech to Český Krumlov, where we stayed at the Cesky Tower – yes a tower.

On our way to another house where we are staying (Lomy, Člunek), yesterday I had my first snow encounter in Ledenice. It is so beautiful – draping over tall Cyprus trees and painting buildings and rooftops all white. Lakes and rivers were frozen too. It’s also picturesque and just what you want to see outside the window when you wake up. At the time we stopped along the road there were even reindeers or some kind of animals crossing the road the first time we stop to take pictures. Yes!

While in Czech, I’ve also seen bigger than life size Christmas Trees. What’s more? The exact first one I saw in Plzeň (where Tomas comes from) was declared Czech’s Best Christmas tree by the international community of Christmas Trees (as Tomas says, lol), anyway we read it somewhere on Czech Press via an online survey 🙂

Can’t wait to blog more and share stories of my travel tales in Czech Republic. Most interesting thing, Christmas Day is celebrated here on the 24th, will share with you why that’s a tradition for the Czechs too.