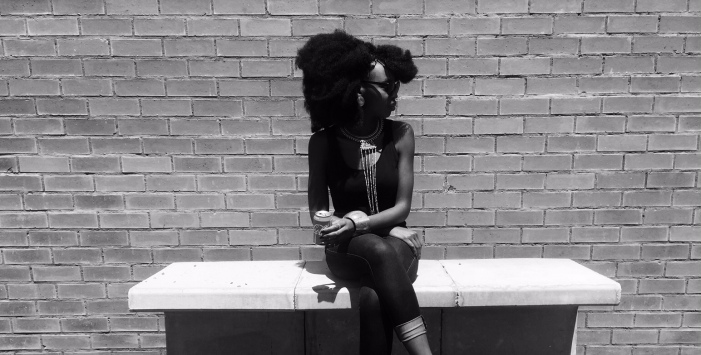 On a fine Tuesday, I arrive at South Africa’s Apartheid Museum, situated in Johannesburg’s Northern Park Way and Gold Reed Road at The Complex at about 10.30 a.m. Picture taking at the museum isn’t allowed – bummer for the journalist in me. I am sure I will be writing a lot of notes and sneaking some pictures here and there. Opened in 2001, the museum digs deep into South Africa’s history and the apartheid regime (1948 – 1994), and how it exalted segregation and white minority rule.

Apartheid is a system of segregation or discrimination from certain rights, associations and movements on grounds of race (white persons, black persons and other non-white people and ethnic groups).

Accompanied by Tomas—our tickets indicate that we should enter the museum using the entrance marked either for Blacks or Whites. Even though I am black I enter the white section because of my white card and vice versa for Tomas. As we enter, we find ourselves walking down corridors plastered with olden identification cards of white persons on the Whites side and pass books of black persons on the Blacks sides. This is Classification – apartheid’s premiere foundation, and my first lesson at the museum. During the regime, all black people over the age of 16 were required to carry passes. No black person could stay in an urban area more than 72 hours unless allowed. The law stipulated where, when, and for how long a person could stay at certain areas. As we walk down the corridors, separated from each other by wire meshes, I feel as if we are in incarceration. The separation is a test of being segregated from one another. It’s an inconvenience – we can’t even compare and contrast notes at this point.

After the Classification section, we gladly reunite on the way into another section of the museum. At the ramps, we pass by mirrored pillars plastered with images of people (mostly white immigrants). This area reenacts the pilgrimage into young Jozi that was known as Egoli – the place of gold. By 1886, gold discovery had made Egoli the Mecca of southern Africa, attracting traders, westerners and people of all races, making it at one point the African country that had the most racially varied inhabitants – many of whom would later find a home in South Africa.

Through rooms designed as exhibition halls, prison or detention rooms– the museum transports us back into the past, documenting how, through enforced legislation by the then National Party and its propagandist ideals, apartheid divided the nation. Among several classic themed films, we watch one documenting the contribution black workers at the mines made to the gold trade. As the trade improved South Africa’s overall economy and industrialization, the lives of poor black workers, drilled by the system, dilapidated.

My powerful encounters with the museum include passing through the documentation of black deterioration – lack of education, poverty and hunger. The rooms documenting political killings freak me out with their ceilings garnished in loose hanging suicide ropes – as an enactment of the then government’s scapegoat in explanation of sudden deaths. Government claimed that most political activists either hanged themselves or died of natural causes if not accidents. At this section there are lists of over forty political activists killed, and a documentation of their ideologies. They include Ahmed Timol, Neil Aggett and Andrew Zondo. I particularly love Biko’s anti-apartheid approach of using black consciousness to empower and mobilize the urban black population. I also purchase his self-written memoir at the museum’s bookshop.

Of South Africa’s history, The Truth and Reconciliation Commission section has always been hard for me. There is a room that shows actual videos from the sessions. I can’t stay too long in here. I am unable to watch men expound on their acts of gross human violations – explaining how they would torture others till they either opened up or succumbed. The life lesson here is that to move on and forgive, you must first be open to knowing the truth …